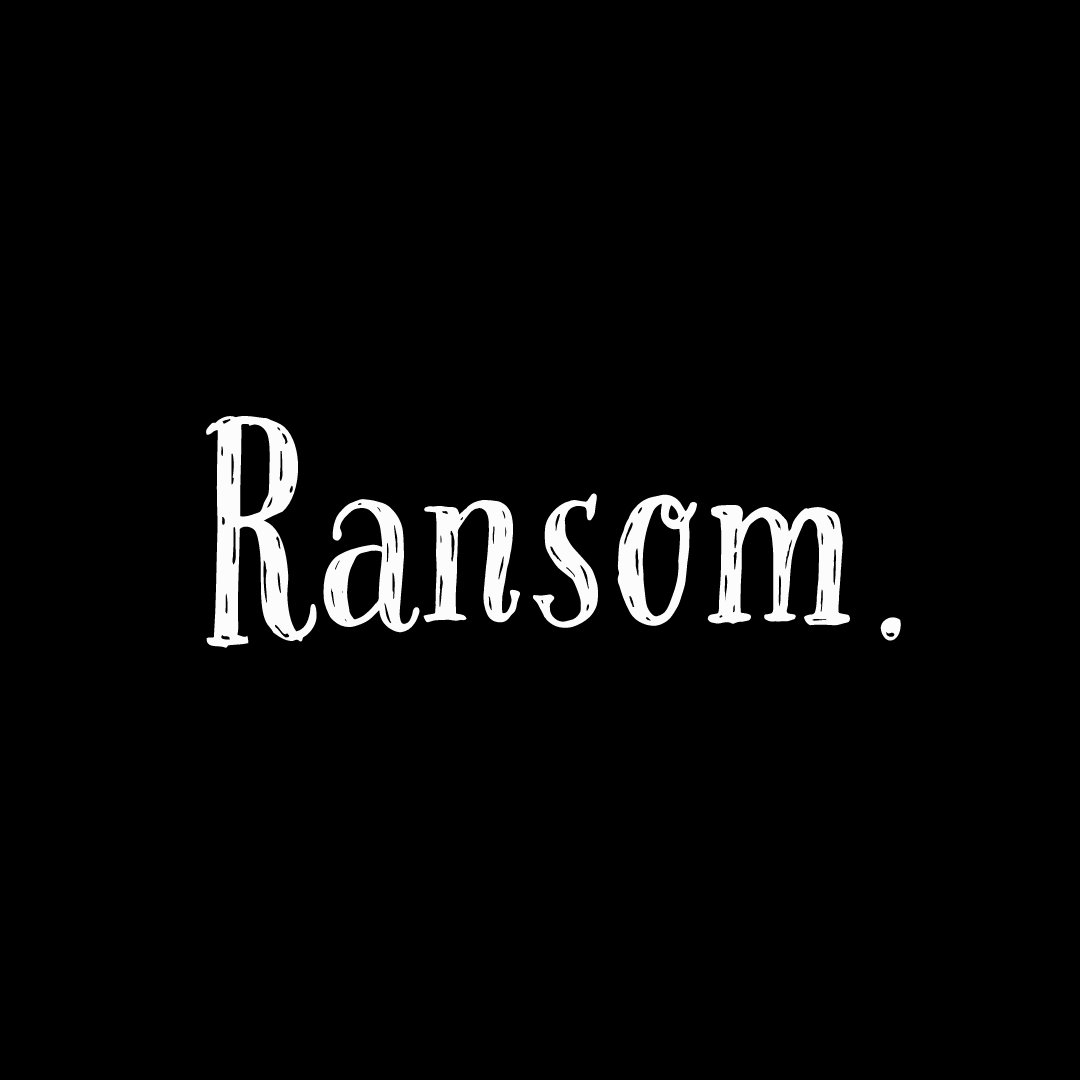 I woke up this morning with this word on my mind. But why?

What does ransom mean anyway? I mean, I know what it means, but should I look it up on Merriam-Webster and let you know? https://www.merriam-webster.com/dictionary/ransom

Ransom used as a noun

1: a consideration paid or demanded for the release of someone or something from captivity. 2: the act of ransoming

Ransom used as a verb

1: to deliver especially from sin or its penalty 2: to free from captivity or punishment by paying a price

“For I know the plans I have for you,” declares the LORD, “plans to prosper you and not to harm you, plans to give you hope and a future.

From the very beginning of time, God’s plan for us was of hope and a future. It was to save us from our sins in the garden and give us a new start – a new life.

Let’s face it, we messed it up in the garden. One can blame Adam, or one can blame Eve, but it is our inherent nature as humans — the humans God’s himself created – to want more. To want to “extend our tent posts” as it so eloquently says in the Prayer of Jabez. We want more. And, God knew this. He’s God.

Jesus called them together and said, “You know that the rulers of the Gentiles lord it over them, and their high officials exercise authority over them. 26Not so with you. Instead, whoever wants to become great among you must be your servant, 27and whoever wants to be first must be your slave— 28just as the Son of Man did not come to be served, but to serve, and to give his life as a ransom for many.”

So, for thousands of years, God’s people offered sacrifices. Why? Because blood covers the sins making the sin null and void. It didn’t happen. It never did. So, with the sacrifice comes new life. A Round 2! (Ding!) and a new way to start over. Not to sin again, but to have a new life and be a new creation.

So, was this all a precursor to Jesus dying on the cross? To get us ready? To prime out pumps? To show us, “Hey, remember those doves and lambs and bulls? That was NOTHING compared to what I’m about to do!”?

YES! As I read about Old Testament sacrifices, they were meant to be temporary. A temporary act to cover us temporarily from sin. But, with Jesus, all that flew out the window.

With one great sacrifice, God made everything complete. “It is finished.” Jesus said. Meaning the old ways are done (finished) and a new way has arrived.

Do you believe Jesus died on the cross negating all of your sins? If you do, then His blood covers you. And, now you are covered in his grace, and his favor and his love.

With one final ransom aka Jesus’ blood (a consideration paid or demanded for the release of someone or something from captivity), God ransomed us and delivered us “especially from sin and its penalty and freed us from captivity or punishment by paying a price.”

And, now, if we accept this ransom, we are completely and forever free of our sin and become a new creation.

Therefore, if anyone is in Christ, the new creation has come: The old has gone, the new is here!

The new is here. I promise it may seem like this is too easy to be true, but it is not. We must stop overthinking God, and let Him just be who He is. A loving, faithful, kind creator who wants what’s best for us.

May His will be done, and what He ransomed be accepted.

One thought on “Ransom.”